Before understanding both terms in deep let’s understand the term multiplexing. Multiplexing is a technique through which several signals are concurrently transmitted over a single data link. Multiplexed system involves n number of devices which share the capacity of one link that’s how a link (path) can have multiple channels.

Multiple devices fed their transmission streams to a Multiplexer (MUX) which merges them into a single stream. At the receiver, the single stream is directed to the Demultiplexer (DEMUX), which is again translated into its component transmission and sent to their intended receivers.

Time-division multiplexing (TDM) is considered to be a digital procedure which can be employed when the transmission medium data rate quantity is higher than the data rate requisite of the transmitting and receiving devices. In TDM, corresponding frames carry data to be transmitted from the different sources. Each frame consists of a set of time slots, and portions of each source is assigned a time slot per frame. 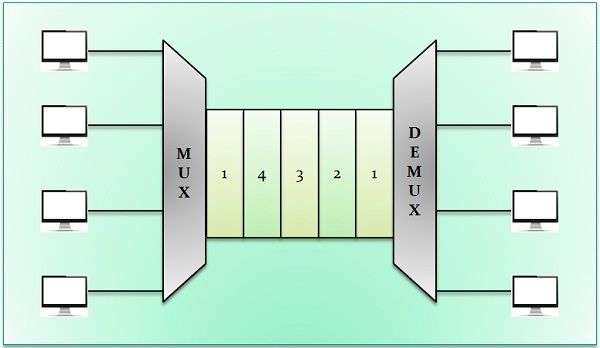 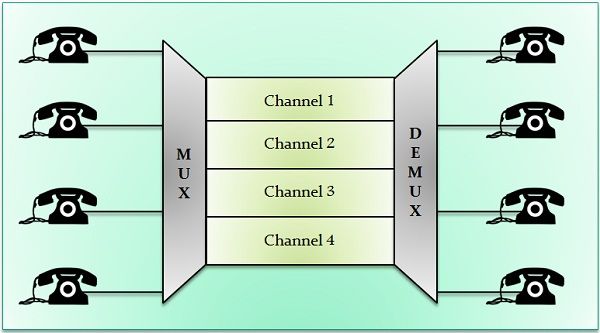 The modulated signals are then merged into one compound signal that can be transferred by the link. The signals travel through the bandwidth ranges referred to as channels.

Signals overlapping can be controlled by using unutilized bandwidth strips for segregating the channels, these are known as guard bands. Also, carrier frequencies should not interrupt with the original data frequencies. If any condition fails to adhere, the original signals cannot be recovered.

Key Differences Between TDM and FDM

TDM and FDM, both are the techniques used for multiplexing. FDM uses analog signals, and TDM uses Analog and digital both types of signals. However, the efficiency of TDM is much greater than FDM.