Stack and queue are the data structures used for storing data elements and are actually based on some real world equivalent. For example, the stack is a stack of CD’s where you can take out and put in CD through the top of the stack of CDs. Similarly, The queue is a queue for Theatre tickets where the person standing in the first place, i.e., front of the queue will be served first and the new person arriving will appear in the back of the queue (rear end of the queue).

A Stack is a non-primitive linear data structure. It is an ordered list where the new item is added and existing element is deleted from only one end, called as the top of the stack (TOS). As all the deletion and insertion in a stack is done from the top of the stack, the last element added will be the first to be removed from the stack. That is the reason why stack is called Last-in-First-out (LIFO) type of list.

Note that the element often accessed in the stack is the topmost element, whereas the last available element is in the bottom of the stack. 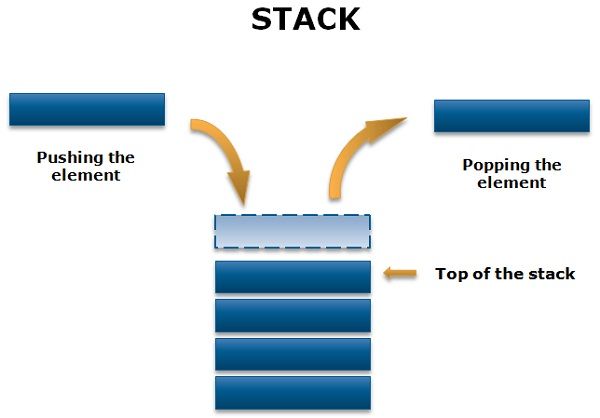 Some of you may eat biscuits (or Poppins). If you assume, only one side of the cover is torn, and biscuits are taken out one by one. This is what is called popping, and similarly, if you want to preserve some biscuits for some time later, you will put them back into the pack through the same torn end is called pushing. 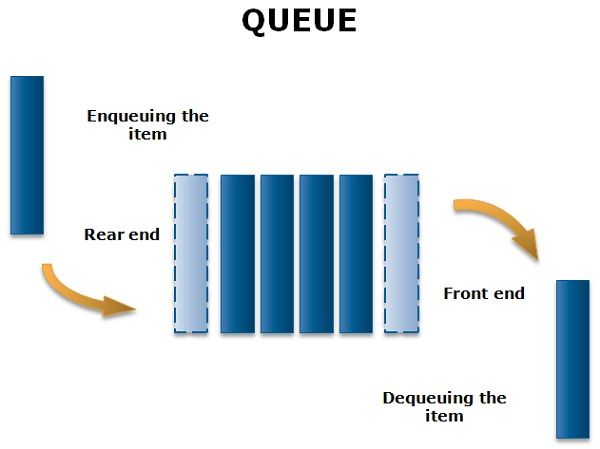 In our day to day life we come across many situations where we out to wait for the desired service, there we have to get into waiting line for our turn to get serviced. This waiting queue can be thought of as a queue.

Key Differences Between Stack and Queue

The stack can be applied in two ways :

Queue can be implemented in two ways:

The basic operations that can be operated on the stack are as follows:

Operations on a Queue

The basic operations that can be performed on queue are:

Stack and Queue are linear data structures differ in certain ways like working mechanism, structure, implementation, variants but both are used for storing the elements in the list and performing operations on the list like addition and deletion of the elements. Although there are some limitations of the simple queue which is recouped by using other types of queue.