In simple words, a data mart is a data warehouse limited in scope and whose data can be obtained through summarizing and selecting the data from the data warehouse or with the help of distinct extract, transform and load processes from source data system.

The term data warehouse means a time-variant, subject-oriented, nonvolatile, and an integrated group of data that assist in decision-making process of the management. Alternatively, it a repository of information gathered from multiple sources, stored in a unified schema, at a sole site that allows integration of a variety of application systems. Once this data is collected it is stored for a long time, hence has a long life and permit access to historic information. 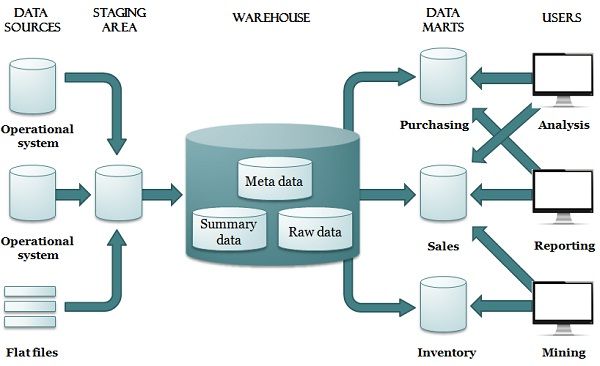 Consequently, data warehouse provides the user with a single integrated interface to the data through which user can write decision-support queries easily. Data warehouse helps in turning the data into information. Designing a data warehouse includes top-down approach.

It gathers information about subjects that span the entire organisation, such as customers, sales, assets, items, and therefore its range is enterprise-wide. Generally, fact constellation schema is used in it, which covers a wide variety of subjects. A data warehouse is not a static structure and it’s evolving continuously.

A data mart can be called as a subset of a data warehouse or a sub-group of corporate-wide data corresponding to a certain set of users. Data warehouse involves several departmental and logical data marts which must be persistent in their data illustration to ensure the robustness of a data warehouse. A data mart is a set of tables that concentrate on a single task these are designed using a bottom-up approach. 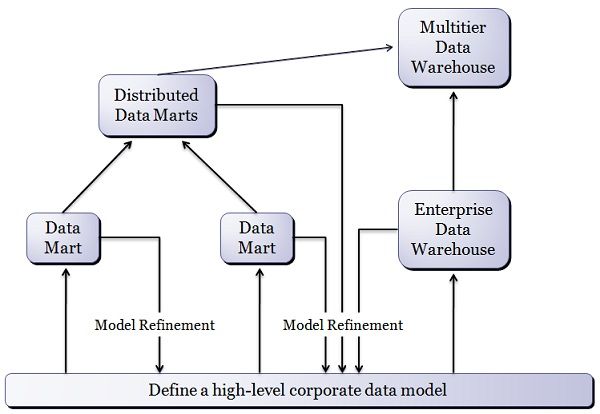 Data mart extent is restricted to some specific chosen subject, thus its scope is department-wide. These are usually implemented on low-cost departmental servers. The implementation cycle of data marts is monitored in weeks instead of month and year.

Data warehouse provides enterprise view, single and centralised storage system, inherent architecture and application independency while Data mart is a subset of a data warehouse which provides department view, decentralised storage. As data warehouse is very large and integrated, it has a high risk of failure and difficulty in building it. On the other hand, the data mart is easy to build and associated failure risk is also less but data mart could experience fragmentation.