In this section, we will discuss both of these concepts in detail. We will also explore all the differences between them with the help of a comparison chart. So, let’s start.

A flowchart provides the graphical representation of a program, a system, an algorithm or a process. It represents the set of sequential steps that a program, system, algorithm or process must follow to obtain the desired output. Usually, we use flowcharts in the field of computer programming. However, it helps programmers and the ones with a non-programming background to understand the control flow of any process. 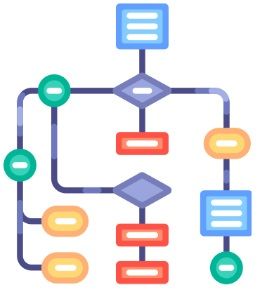 As we know, visuals express better than words, which became the reason behind the popularity of the flowchart. The flowcharts are even helpful in improving the case study or plan behind designing any algorithm.

A well-created flowchart makes the documentation even easier. This is why people from different fields use the flowchart to make understanding easier.

The table below shows you different symbols we can use in flowcharts and their significance. 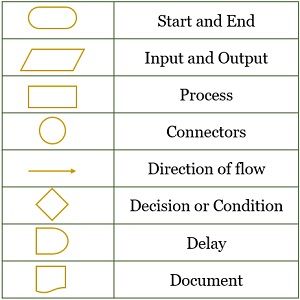 The process flowchart is the most popular flowchart. Its flexibility allows users to apply it to almost anything like business planning, a machine or a system, programming, etc.

The process flowchart helps its readers understand how the particular process will work and how things will get done throughout the whole process.

The workflow flowchart helps readers understand the flow of information within the system. It effectively shows how a process would work.

It represents business processes such as, how each process will complete, the role of employees at each step, in what sequence the process will be completed, etc.

Swimlane flowcharts are very helpful in showing the interaction between different processes. This flowchart shows the flow of information through separate processes. 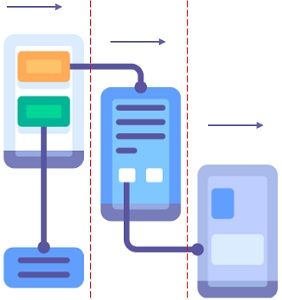 The pseudocode is a way to represent the working of an algorithm, process, or program in plain textual English language. Pseudocode helps its creator express the steps they have figured out to resolve a problem for which the code will be written later.

Usually, we use pseudocode in the field of computer programming. It helps programmers to communicate their ideas with their clients who are from the non-programming field. 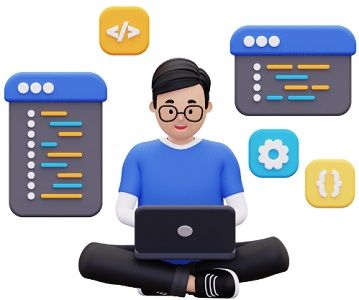 While creating the pseudocode, the creator does not have to worry about the syntactic error because it is false code written in a simple English language.

Although you might be thinking, why should we write the pseudocode and not directly jump to coding?

Pseudocode makes things a lot easier. With pseudocode, the programmer beforehand knows what they have to code. Ultimately the programmer has to convert the English statements in pseudocode into the actual code with the syntax of the programming language they are using for coding.

How to Write Pseudocode?

As such, there are no standards for writing pseudocode. The creator can use their way of presenting the statements of pseudocode. This is because the pseudocode is not written for a computer to read. It is for the understanding of the relevant people like programmers, clients, team members, managers, etc.

Although we said there are no such standards to write pseudocode, there are still some simple rules that one must follow to create a readable pseudocode.

To explain pseudocode with the help of an example, let us use the same example that we used for explaining the flow chart:

The pseudocode above adds or subtracts two numbers depending on a particular condition.

Key Differences Between Flowchart and Pseudocode