Let us study in brief the difference between unicast and multicast using the comparison chart. 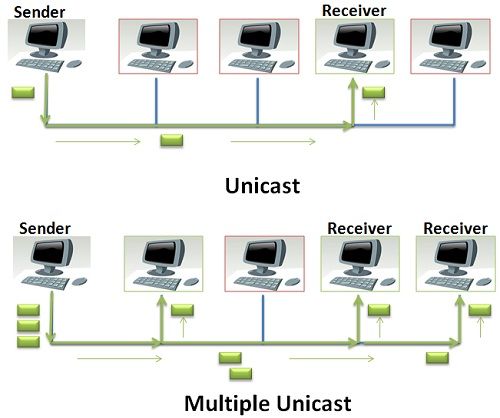 It’s hard to use multicasting across a large network because only small sections of the internet are multicast-enabled. Multicast utilizes the bandwidth of the network very efficiently. The group of the receiving stations is decided dynamically. Multicast uses a UDP transport protocol.

Key Differences Between Unicast and Multicast