ARP and RARP both are the Network layer protocol. Whenever a host needs to send an IP datagram to another host, the sender requires both the logical address and physical address of the receiver. The dynamic mapping provides two protocols ARP and RARP.

Let’s study the other differences between ARP and RARP in the comparison table.

ARP (Address Resolution Protocol) is a network layer protocol. As ARP is a dynamic mapping protocol, each host in the network knows the Logical address of another host. Now, suppose a host needs to send the IP datagram to another host. But, the IP datagram must be encapsulated in a frame so that it can pass through the physical network between sender and receiver.

For retrieving the physical address of the receiver the sender performs the following action. 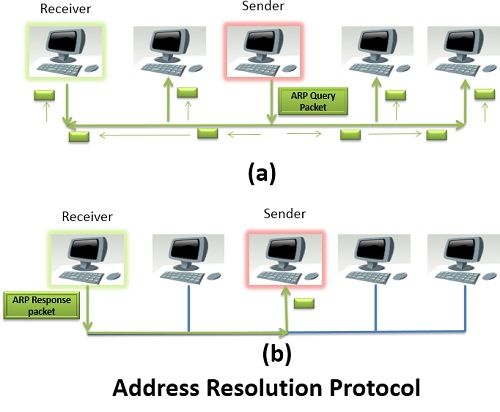 RARP (Reverse Address Resolution Protocol) is also a network layer protocol. RARP is a TCP/IP protocol that allows any host to obtain its IP address from the server. RARP is adapted from the ARP protocol and it is just reverse of ARP.

RARP perform following steps to obtain an IP address from the server. 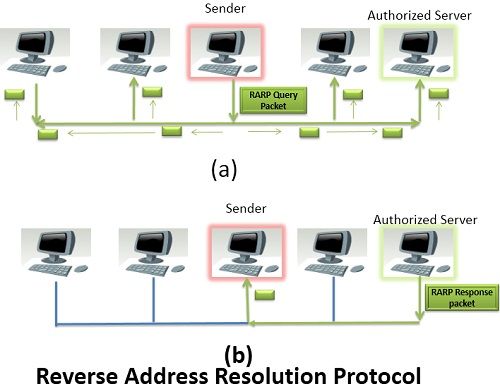 RARP is outdated now because of two reasons. First, the RARP is using the broadcast service of the data-link layer; that means the RARP must be present at each network. Second, RARP only provides IP address but today the computer also need other information.

Key Differences Between ARP and RARP

RARP has been replaced by BOOTP and DHCP.