Transmission is a process of forwarding a packet from one host to other connected in a network. In this article, I have discussed the two transmission methods broadcast and multicast. In both the cases, the address aggregation is performed which reduces the size of the prefix that defines the network to which destination hosts are connected.

Address aggregation combines the packets and deliver it to ISP (Internet Service Provider)w which holds some network together. Further, the packets are separated to be delivered to their final destination.

The transmission technologies broadcast and multicast are different from each other in a context that in the broadcast, the packet is forwarded to all the hosts connected to the network whereas, in multicast, the packet is forwarded only to intended recipients. I have discussed some more differences between broadcast and multicast in the comparison chart shown below.

Broadcast is a transmission technology which allows all host connected to a network, to share the same communication channel. In broadcast, a packet sent by a host is received by all the other host in the network. 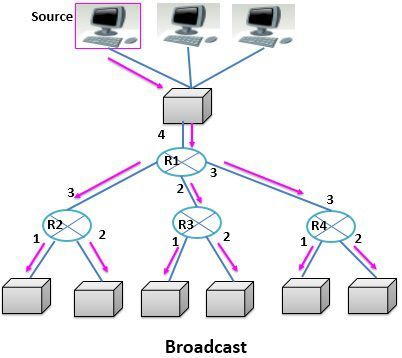 Broadcasting can be explained with the help of an example. Suppose you are delivering a lecture in a classroom of 50 students. In between, you call out a student “James stand up”. Though it is listened by all the students in the classroom but only James will respond, others will just ignore this message.

The wireless network is a common example of broadcasting. 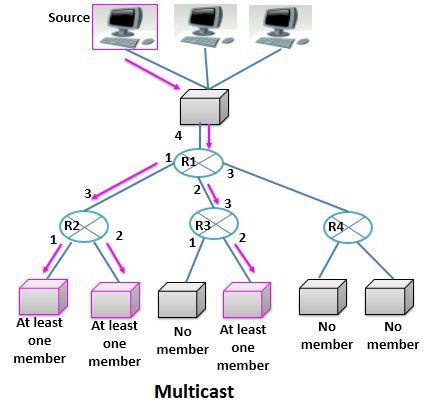 Key Differences Between Broadcast and Multicast

Broadcasting is sending a packet to all the host connected to the system. It is not worthy if there thousands of machine connected to each network. Multicasting is useful as it delivers the packet to the hosts that are interested in receiving the packet.