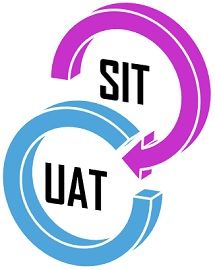 SIT (System Integration Testing) and UAT (User Acceptance Testing) are the parts of the testing process where SIT is responsible for testing the interfaces between the components and interactions to various parts of the systems like hardware, software (operating system and file system) and interfaces among systems.

Conversely, UAT (User Acceptance Testing) is a validation testing performed from the user end where user requirements and business-related processes are checked to find whether the system can be accepted or not.

A system can be defined as a finished set of integrated components which combinely deliver product functionality and features. So, for SIT it is necessary to understand the product’s behaviour as a whole thoroughly.

It is hard to perform integration testing as the interactions involved could exist in two distinct systems which could work well when individually tested, but when these are integrated, the functioning could differ. The complexity is high because several modules and systems come into play simultaneously.

There are two kinds of interfaces – Internal and External.

UAT (User Acceptance Testing) is conducted at the end of the whole testing process when the product is ready to deliver. The main aim of software development is to develop software that is capable of satisfying the user needs, rather than just fulfilling the system specifications.

UAT is formal testing performed to find out whether a software system satiates its acceptance criteria and to make the buyer examine whether the system can be accepted or not. One of the significant advantages of this testing technique is that it generates confidence in the end users that the software being delivered to them meets their requirements.

There are three types of acceptance testing – Alpha, beta and gamma.

Key Differences Between SIT and UAT

However, both SIT and UAT testing methods are carried out to ensure that at the time of completion of the product, it must be acceptable to the user.