Magnetic Tapes were introduced in 1928, earlier used as a secondary storage medium. Magnetic tape is a thin long narrow plastic strip coated with the magnetizable substance. The tape is wounded over a spool, and it is wounded or unwounded past a read-write head to read from or write data to the tape. 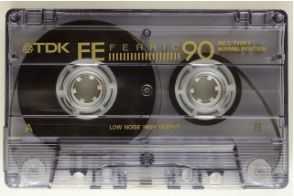 Magnetic Tapes are nonvolatile in nature and hence it holds the large quantity of data permanently. The magnetic tapes store the data sequentially. The random access to magnetic tapes takes more time than magnetic disk because the magnetic tape has to perform forward and rewind operation to locate a correct spot.

Magnetic tapes are also used in supercomputer centres for holding the large volume of data that is used for scientific research.

In modern computers, Magnetic Disk is used for secondary storage. Like Magnetic tape, the magnetic disk is also a non-volatile so, its stores the data permanently. The magnetic disk has several flat circular shaped platters which appear like a CD.The diameter of each platter ranges from 1.8 to 5.25 inches. 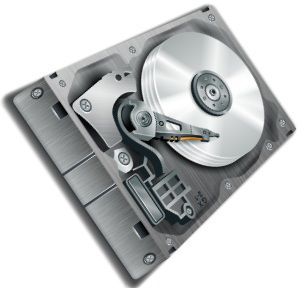 Both inner and outer surfaces of the platter are covered with the magnetic material so that information can be recorded magnetically on the platters. There is a read-write head that moves over the surfaces of each platter. These read-write heads are attached to the disk arm that helps in moving all heads as a single unit.

Each platter surface is divided into circular tracks which are further divided into sectors. The read-write head flies over the platter surface on a thin cushion of air. Though the disk platter is coated with a protective layer, there is always a danger that head will make contact with the disk causing head crash. The Head crash is not repairable the whole magnetic disk is to be replaced.