Bridge and gateway, are the backbone devices of the networking. A “bridge” operates on two layers, a physical layer, and a data link layer. A “gateway” operates on all the seven layers of the OSI model. The primary difference between a bridge and a gateway is that a “bridge is used only to transfer the frame to the expected destination, in a most efficient path”. A gateway “converts the format of the packet in one protocol to the format of the packet in another protocol”.

Let study, the difference between these two in a comparison chart below.

A bridge operates on two layers of OSI model that are, physical layer and a data link layer. A bridge can divide a large network into smaller segments and is also used to connect two originally separated LANs. The purpose of a bridge is to transmit the frame between two separate LANs. 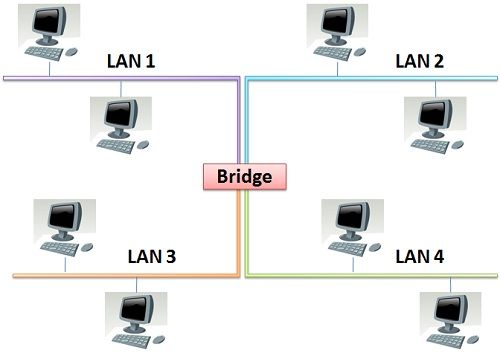 Let us understand the working of a bridge in the following steps:- 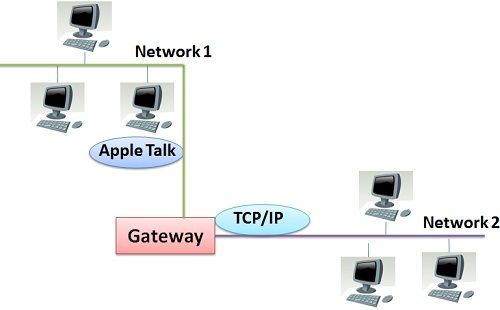 The steps performed by a gateway when it accepts a packet formatted in a protocol are as follow:-

Sometimes the modification is needed only to header and trailer of the packet and sometimes a gateway has to adjust the data rate, size, and format of the packet.

Key Differences Between Bridge and Gateway