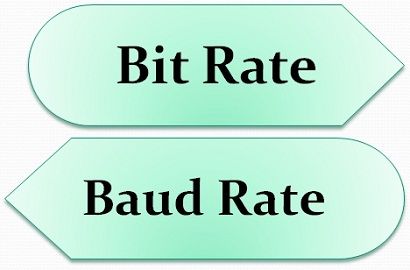 The crucial difference between bit rate and baud rate that one change of state can transfer one bit, or slightly more or less than one bit that relies on the modulation technique used. Hence, the given equation defines the relation between the two:

If we talk about computer efficiency, the bit rate is the more important where we want to know how long it takes to process each piece of information. But when we are more concerned about how that data is moved from one place to another we emphasize on the baud rate. The fewer signals required, the more efficient the system and the less bandwidth needed to transmit more bits.