We have one message transfer agent i.e. SMTP (Simple Mail Transfer Agent), and we have two message access agents  POP (Post Office Protocol) and IMAP (Internet Mail Access Protocol). In this article, I have discussed the differences between SMTP and POP3. 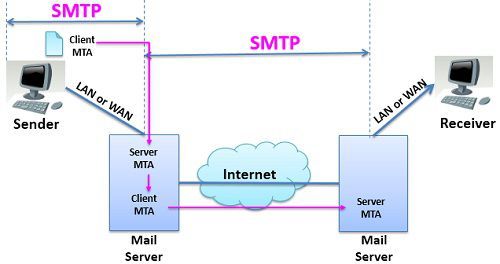 Now let’s concentrate on the working of SMTP. SMTP defines the command and responses that are used to transfer the messages between client and server MTA. The commands are sent from client to the server. The responses are sent back from the server to the client.

As we have seen above SMTP accomplishes the mail delivery task from client to server MTA. Now a  pull protocol is required to pull the mail from the MTA server to the receiver. For this, we have POP3 protocol i.e. Post Office Protocol version 3. It is message access agent. 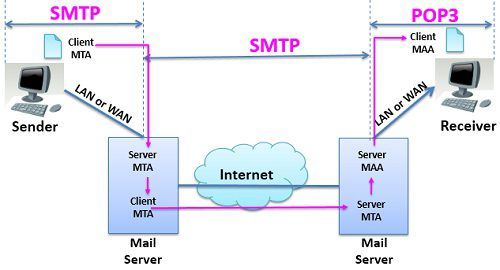 Key Differences Between SMTP and POP3