Analog and Digital are the different forms of signals. Signals are used to carry information from one device to another. Analog signal is a continuous wave that keeps on changing over a time period. Digital signal is discrete in nature.

An analog signal is described using amplitude, period or frequency and phase. Amplitude marks the maximum height of the signal. Frequency marks the rate at which signal is changing. Phase marks the position of the wave with respect to time zero. 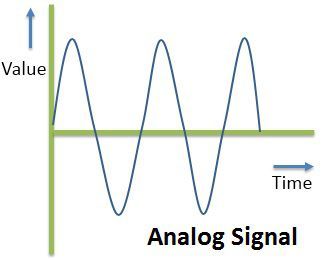 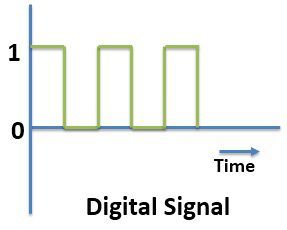