WiFi and Ethernet are networking technologies that allow multiple devices to connect to the network and access the Internet simultaneously. Though both technologies connect you to a network or the Internet, they differ in many ways. WiFi is wireless technology, whereas Ethernet is wired technology.

WiFi offers mobility to its user as there is a wireless transmission. On the other hand, Ethernet offers fast and secure access to the Internet. We will discuss these techniques in detail and their differences, so let’s start.

WiFi is a short form for ‘Wireless Fidelity’, a wireless networking technology that we use to connect various communication devices. These devices are computers (desktops and laptops), mobile devices (smartphones and tabs) and other electronic devices (printers, CCTVs). WiFi allows these devices to exchange information with one another and also allows them to access the Internet.

Now you might be thinking about how WiFi connects devices in a wireless medium. Well, for this, the devices must have short-range radio transmitters and receivers, allowing them to send and receive the information.

WiFi is standard for wireless LAN, which we call IEEE 802.11. The basic motive behind the development of WiFi was that – a user should be able to walk into the WiFi-enabled premises and easily connect his devices to the Internet. But there were compatibility issues between the two connecting devices. It was like a device with a brand X radio transmitter and receiver that could not work within a Wi-Fi-enabled space with a brand Y base station.

So, there was a requirement to standardize the wireless networking technology, and the task was given to the IEEE committee, which already has a standard for the wired LAN, i.e. IEEE 802.3. This is how WiFi which is wireless LAN standard IEEE 802.11, came into existence. 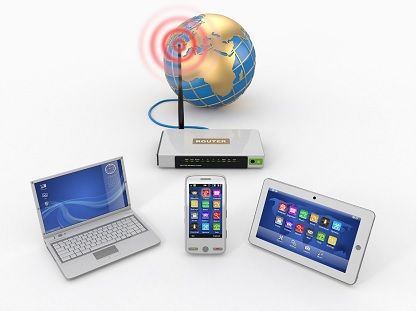 Now, we know that a wireless medium device communicates using radio waves, which should be of a certain frequency.

What should be the frequency of WiFi?

Knowing this much let us learn the working of WiFi.

How Does WiFi Works? 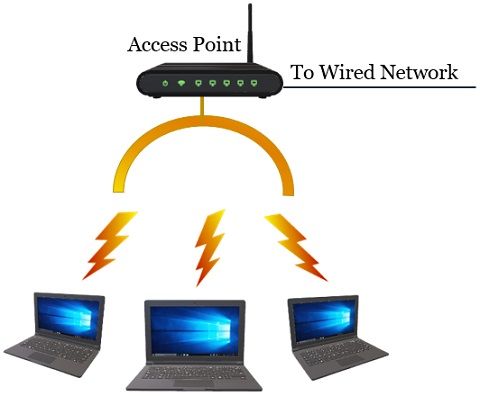 So, to create a WiFi-enabled zone, we establish an access point that, on one end, is connected to the Internet via a modem. At the other end, to create a network, it emits radio waves that are broadcasted in your space. The clients enabled with the short-range radio transmitter and receiver access these broadcasted signals to connect themselves to the Internet.

The WiFi technology can be classified on the basis frequency band they use. The table below describes the frequency each WiFi version uses and the speed offered by each version. 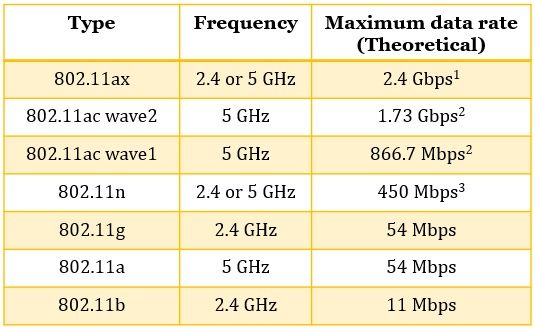 Advantages  and Disadvantages of WiFi

Ethernet is a wired networking technology that we use to connect several devices in a network or the Internet. We use Ethernet to form wired LAN or WAN networks.

Now that Ethernet is a wired networking technology, what kind of wires or cables does it use to connect the devices?

Mainly we use three types of ethernet cables:

How Does Ethernet Work?

Now, as all the computers in LAN share a single connection then, there is a maximum chance of a collision. Thus, Ethernet uses an access control protocol CSMA/CD, i.e. carrier-sense multiple access collision detections. The CSMA /CD protocol ensures that if a computer in the network wants to send data, then the shared connection is free, and no other computer is accessing the link.
But this was the scene earlier; nowadays, every device has a private connection to the network through a switch or node. Now the Ethernet operates on a full duplex mode which makes separate channels for sending and receiving devices, thus avoiding any collision.

However, even if the collision occurs, the Ethernet do not have any error correction or detection method, and the frames rely on advanced protocols to determine and correct the errors.

Ethernet has evolved through four generations. So we can classify them into four types. The table below shows you the four different types of Etherent along with the speed they provide: 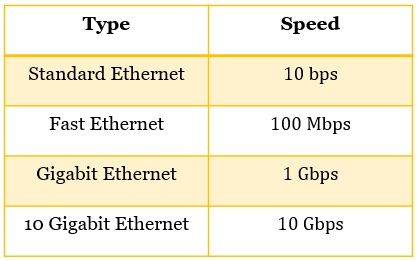 Advantages  and Disadvantages of Ethernet

Key Differences Between WiFi and Ethernet

WiFi and Ethernet offer you a connection to a network or the Internet, but they differ in many ways. We have discussed the maximum possible ways in which they differ. However, if you want a better speed or you want to upload large files or stream videos, then you can go for the Ethernet. But, Ethernet restricts your mobility. While WiFi offers mobility to users who want to connect their device to a network or the Internet.