Let us explore more differences between the Internet and Ethernet.

The Internet is a global network connecting millions of devices and facilitating worldwide communication. When you connect your device to the Internet, it means you are going online. It became a prominent resource for users across the world to exchange information. 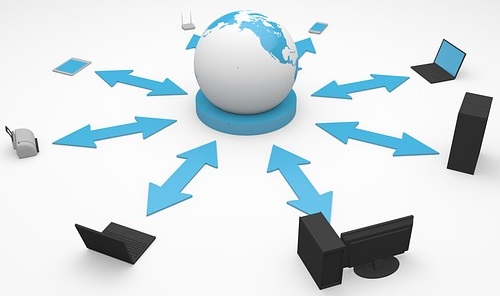 The Internet enables you to send emails, videos, audio, photos, etc., to the other user on the network. Connecting your devices to the Internet will only let you access applications, websites, cloud data, social media apps, and many other similar services.

How does Internet work?

Explaining exactly how the Internet work is a difficult task. But let us try to understand a basic overview of its working.

We describe the internet as a global network of interconnected devices. Though we can use both wired and wireless mediums to develop a network, the physical cable forms the backbone of the Internet. The cables that we use to connect the devices can be telephone wires, TV cables, and fibre optic cables.

Now to search for a solution, you put a request in your browser’s search engine. The request is transmitted over these wires to the concerned server. The server is much like a hard drive where the website stores its data.

The different types of Internet connections are:

Although the main reason behind evolving of the Internet was communication between computers across a long or short distances. However, today every individual is dependent on the Internet to resolve their basic requirements. The list is long but let us discuss some common uses, such as:

Ethernet is a technology used to establish a LAN network using wired channels. It connects devices within LAN and also WAN. Ethernet enables the computers connected in LAN to communicate with each other with the help of some protocols. 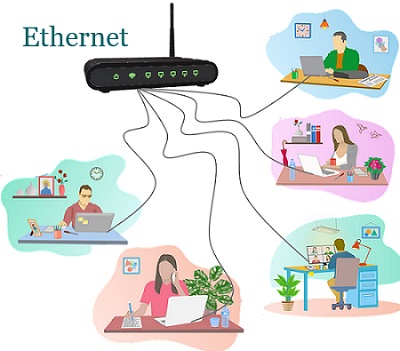 Here, the devices are connected in a geographically localized network using Ethernet cables. Ethernet offers fast connectivity and high-speed connection to the Internet.

We can classify Ethernet into two types: 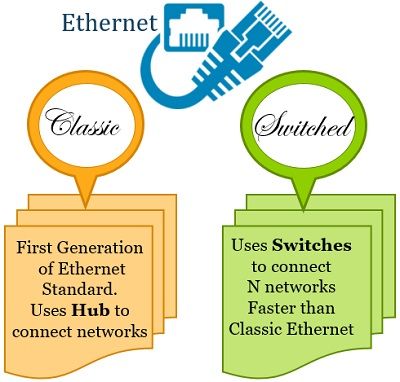 How does Ethernet Work?

We know Ethernet is a technology that we can use to establish a connection between the computers to form a LAN. Ordinarily, when one computer in the network wants to send information to another computer, it has to go through a certain process. The information is segmented into packets.

Thereby, the Ethernet follows the principles of CSMA/CD. These protocols make sure that the connection line is free before it starts sending the packets out. However, this is not the scenario nowadays. As Ethernet now operates on full-duplex mode. In full-duplex, the sending and receiving channels are explicitly separate.

Particularly, Ethernet does not perform any error correction. Thus, it has to rely on advanced protocols to ensure that data is transmitted perfectly. Consequently, Ethernet forms the basis for most of the network’s connections today.

Ethernet is a technology connecting computers in a wired network. Now, these wires/cables can be classified into three types as below:

Some of the uses of Ethernet are as below:

Key Differences Between Internet and Ethernet