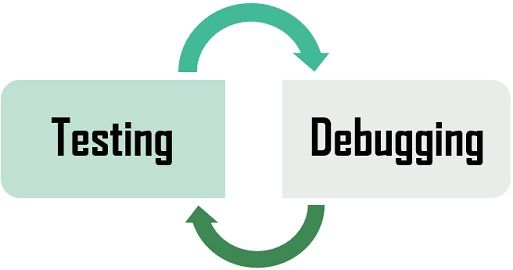 While performing testing, we can use any of its types like unit, integration, and system level methods in order to detect faults. As against, debugging verifies the correctness and performance to identify faults.

Testing in software engineering refers to test the program code, which comes after the coding phase and before the deployment phase in the software development life cycle. The aim of the software project is to reduce and prevent defects; the testing process alone isn’t enough for the quality of the software. The testing is performed for discovering the defects in the systems.

The defects can occur in any of the phases in software development, which must be identified as close to the time of insertion as possible and not wait until the testing of programs. So, opposed to this if every phase is tested isolately as and when the phase is accomplished the defects can be detected early, hence reducing the overall cost.

Well-timed testing raises the possibility of a product or service meets the customer’s requirements. Testing can also be explained by the below-given equation.

Testing and debugging works in a cyclic manner where testing finds the error and debugging eliminates it, as mentioned above. Therefore, debugging is not testing, but it is carried out as a consequence of testing. It starts with the execution of the test case.

When we debug a program, the two given possibilities can arise, first where the cause of the error will be identified, corrected and removed. In the second case, the cause will not be found and rectified.

Key Differences Between Testing and Debugging 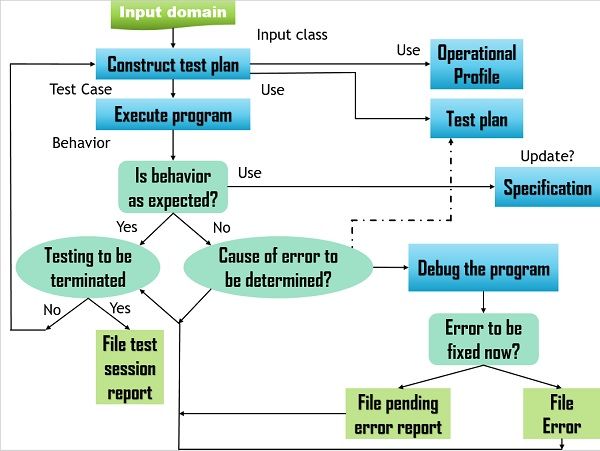 Testing and debugging are two dissimilar terms. Debugging is the removal of errors from the code while testing is just locating the undiscovered errors.