On the other hand, in the full duplex mode of transmission, the communication is bi-directional, and the channel is used by both the connected device simultaneously. Let us study the difference between simplex, half duplex, and full duplex with the help of comparison chart shown below. 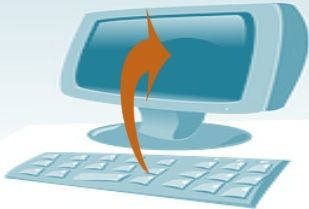 You can better understand the simplex transmission mode with an example of keyboard and monitor. The Keyboard can only transmit the input to the monitor, and the monitor can only receive the input and display it on the screen. The monitor can not transmit any information back to the keyboard.

Definition of Half Duplex

Half duplex is still a one way road, in which a vehicle traveling in opposite direction of the traffic has to wait till the road is empty. The entire channel capacity is utilized by the transmitter, transmitting at that particular time. 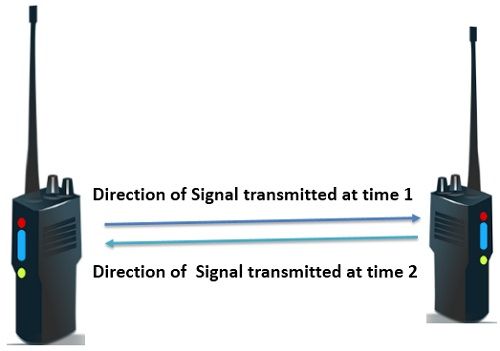 Half duplex can be understood with an example of walkie-talkies. As the speaker at both the end of walkie-talkies can speak but they have to speak one by one. Both can not speak simultaneously.

In a full duplex transmission mode, the communication between sender and receiver can occur simultaneously. Sender and receiver both can transmit and receive simultaneously at the same time. The full duplex transmission mode is like a two way road in which traffic can flow in both the direction at the same time. The entire capacity of the channel is shared by both the transmitted signal traveling in opposite direction.

Sharing of the channel capacity can be achieved in two different ways. First, either you physically separate the link in two parts one for sending and other for receiving. Second, or you let the capacity of a channel to be shared by the two signals traveling in opposite direction.

Full duplex can be understood best, with an example of a telephone. When two people communicate over a telephone both are free to speak and listen at the same time.

Key Differences Between Simplex, Half Duplex and Full Duplex

The full duplex transmission modes offer the better performance and also increases the throughput of the bandwidth.