The GPS and DGPS are the satellite-based navigation systems. The basic difference between GPS and DGPS lies on their accuracy, DGPS is more accurate than GPS. DGPS was intentionally designed to reduce the signal degradation.

GPS provides the accuracy about 10 meters, but DGPS can provide accuracy around 1 meter, even beyond that 10 cm.

Global Positioning System (GPS) provides the accurate position of an object to the earth. It uses timely signals generated by satellites revolving around the earth. GPS includes a constellation of 24 satellites and extra for backup purpose. Four satellites are used for getting the precise position, this process is known as trilateration.

Differential Global Positioning System (DGPS) is an improvement to GPS. DGPS technology can achieve accuracy up to 10 cm. It reduces or eliminates the signal degradation, resulting in improving the accuracy. The goal of differential GPS is not to go directly for the location; rather it finds the location relative to a fixed reference point. DGPS relies on two receivers rover and reference receiver, rover is the user, and reference receiver is also known as the stationary receiver. 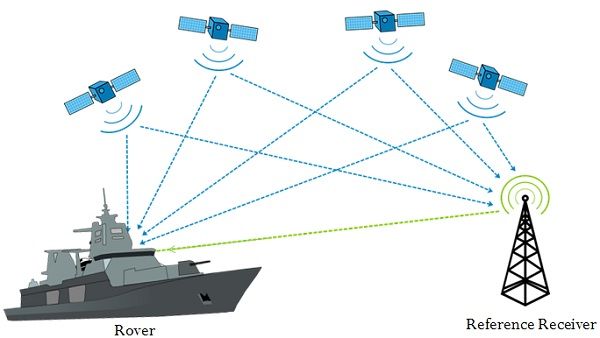 Key Differences Between GPS and DGPS

The Differential Global Positioning System (DGPS) is more accurate technology than its antecedent Global Positioning system (GPS). The accuracy in DGPS is improved by using two receivers instead of using one, which finds the precise location using relative positions.