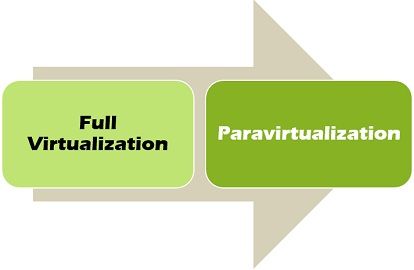 Before understanding the terminologies in detail we must consider understanding the term like hypervisor and how these concepts are generated. In cloud services such as IaaS (Infrastructure as a service), virtualization plays a crucial role in providing the services from the cloud provider end to the cloud subscriber. Cloud provider has a set of virtual machines which are allocated to the clients. Iaas component stack contains various layers such as hardware, operating system, middleware, and application. Among all these layers the operating system layer is divided into two parts – Lower layer and higher layer.

The lower layer is utilized by the VMM (Virtual Machine Monitor or Hypervisor) while, the higher layer is captured by an operating system running inside a VM referred to as a guest operating system. Hypervisor or Virtual Machine Monitor located just over the hardware, intended to manage all the hardware resources. So, a hypervisor is accountable for running the guest OS directly on the CPU. This only functions well if the guest OS is running on the same instruction set as of the host OS; otherwise, an instruction translation takes place.

Full virtualization is the first generation of the software solution regarding server virtualization and developed in the year of 1966 by IBM. It works by merging the binary translation and the direct execution where the guest OS is entirely separated from the elementary hardware and virtualization layer. Therefore, whatever the virtual machines are producing a dynamic translator rewrites to the underlining hardware. It involves a lack of awareness at the guest OS end about its virtualization and modification is inevitable.

The technologies provide full virtualization support are VMWare, ESXi and Microsoft virtual servers. Each time an OS instruction is generated the hypervisor translates it during run-time quickly and caches the outcome for the future references. While the user-level instructions are executed without modification at native speed. 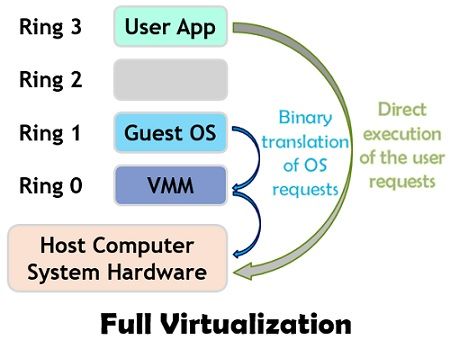 However, the storage of the translated instructions during the binary translation is intended to improve performance but this result in an increase in the cost of memory consumption. 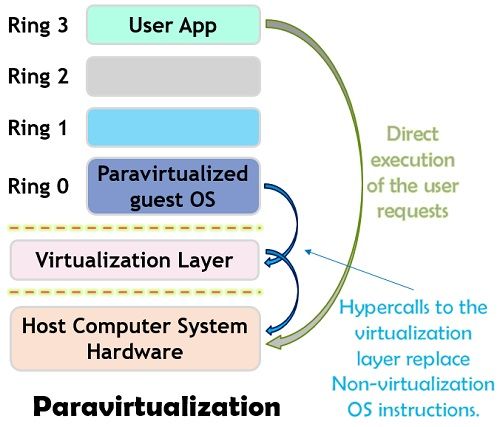 However, most userspace workloads gain very less, and close native performance which is not obtained for all workloads.

Furthermore, it is less compatible and portable as it does not support the unmodified OS. It could also arise some crucial support and maintainability problems in the production environ due to the need for deep OS kernel modifications.