The Schema and Instance are the essential terms related to databases. The major difference between schema and instance lies within their definition where Schema is the formal description of the structure of database whereas Instance is the set of information currently stored in a database at a specific time.

Instance changes very frequently while the schema acquires changes in a seldom manner.

A schema is the complete design of database it is also known as intension. It is the collection of named objects. The names of tables, columns of each table, datatype, triggers, functions views packages and other objects are included in the schema. The changes in a schema are not applied so frequently, but occasionally changes need to be applied as the requirements of application changes. The schema modification or alteration is known as schema revolution.

The database system has various schemata separated according to the levels of abstraction such as physical, logical and external/subschema. Generally, DBMS assist one physical one logical and several sub-schemata.

Let’s take the similar example in the instance. Here the student construct will contain their individual entities in the attributes. 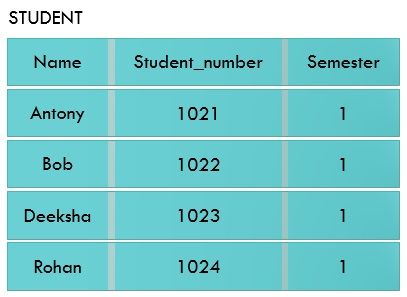 Key Differences Between Schema and Instance