In this article, I have discussed the differences between compiler and assembler with the help of comparison chart shown below, just have a look.

Compilers are also classified as single-pass, multi-pass, load-and-go, debugging and optimization. Classification is done on the basis of what function does a compiler perform and how it has been constructed. Despite these complexities, the basic task of compiler remains same.

The compilation is performed in the following phases: 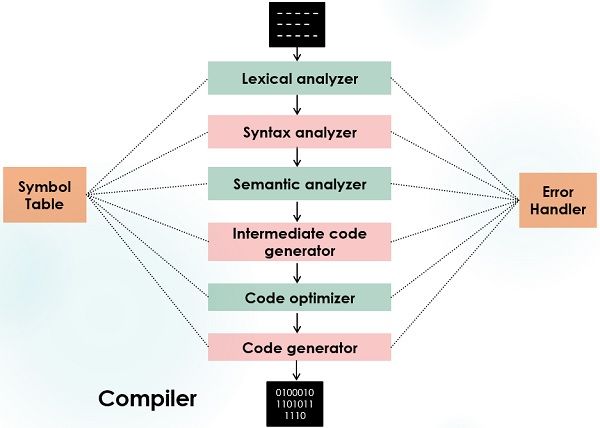 Key Differences Between Compiler and Assembler

The assembler may not be required as some compilers directly generate executable code. If assembler is used it requires linker to link all the built-in libraries to the library functions used in the source code.