The file system and DBMS offer you a way to store information. But there are many differences between these two methods. The file-based system is a conventional method of storing the data, whereas DBMS is an advanced method.

If we talk of the file-based system, there is a separate application program to access each data file, leading to data dependency, compatibility and integrity issues. On the contrary, in DBMS, the different application programs can access the same data, leading to data independence and eliminating compatibility and integrity issues.

There are more differences to be discussed. So let’s start.


What is File System? 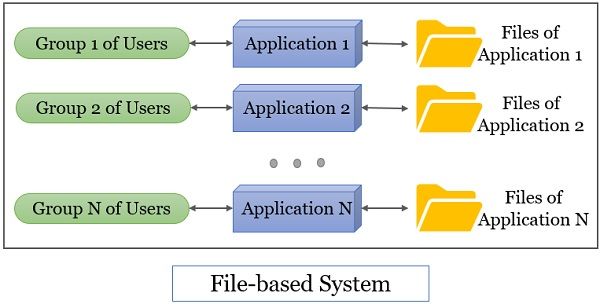 Let us try to understand the scenario with the help of an example.

Although the file system serves the purpose of storing and retrieving the data, there were some limitations. Let us discuss them one by one.

In a file system, the data is distributed, as there are different files for different kinds of data. There are many chances of data duplication in the file system. However, data redundancy is sometimes worth it as it is helpful during data recovery or backups.

But sometimes, the duplication of data can leads to data inconsistency. Let us get this with the help of an example. We have student data with the department as well as the university. Now, if a student changes his address in the records with the department and doesn’t implement changes to the records in the university, it will lead to data inconsistency. Let’s say the university has to send a degree to the student’s address. In this case, it will not reach the student as university records do not have updated data.

This data redundancy can cause data inconsistency. Data duplication also leads to the wastage of storage space, increasing the cost.

In a file system, the data structure depends on the application program managing it. So there are integrity issues in the data. For example, the structure of data generated by a java program would be different from that generated by a C program.

And the incompatibility among the data makes it difficult to process them together. Thus, there is an integrity issue in the file system.

The data is decentralised and isolated into different files in a file system. It creates difficulty in accessing the data. To access data from two different files, the application programmer must design the program so that processing of both files must be synchronised to get the correct data.

It becomes more difficult if the data has to be accessed from more than two files.

The database management system provides a way to define, access and manage data. In DBMS, the data is centralised, and any application program can share data from the database. Thus, there is data independency in DBMS. 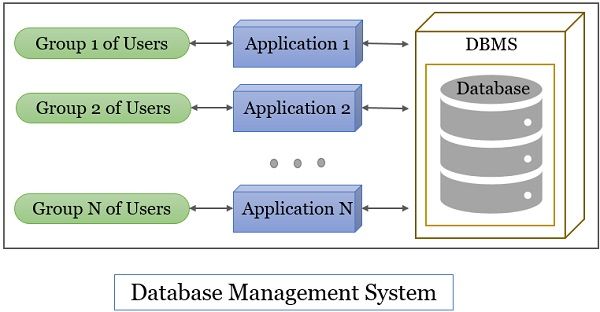 The main advantages of the DBMS system are:

The data in DBMS is centralised. Thus, the chances of data redundancy have been minimised. The minimal redundancy also saves the storage cost as the entire data is integrated into one system making data management more efficient.

With minimal data redundancy, the chances of data inconsistency also get reduced. 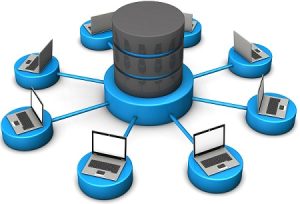 But in DBMS, the data is centralised, and the system is designed to achieve data consistency.