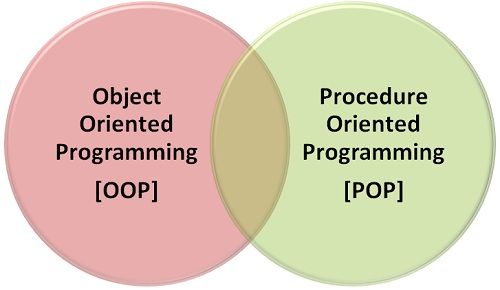 Procedure-oriented Programming(POP) and Object-oriented programming(OOP) both are the programming approaches, which uses high-level language for programming. A program can be written in both the languages, but if the task is highly complex, OOP operates well as compared to POP. In POP, the ‘data security’ is at risk as data freely moves in the program, as well as, ‘code reusability’ is not achieved which makes the programming lengthy, and hard to understand.

It also resolves the problem of ‘code reusability’, as if a class is created, its multiple instances(objects) can be created which reuses the members and member functions defined by a class. There are some other differences which can be explained with the help of a comparison chart.

OOP is developed on the basic concept of “object”, “classes”, “data encapsulation or abstraction”,” inheritance”, and “Polymorphism or overloading”. In OOP, programs can be divided into modules by partitioning data and functions, which further can be used as templates for creating new copies of modules, if required. Therefore, it is an approach that facilitates in modularizing programs by constructing a partitioned memory area for data and functions. 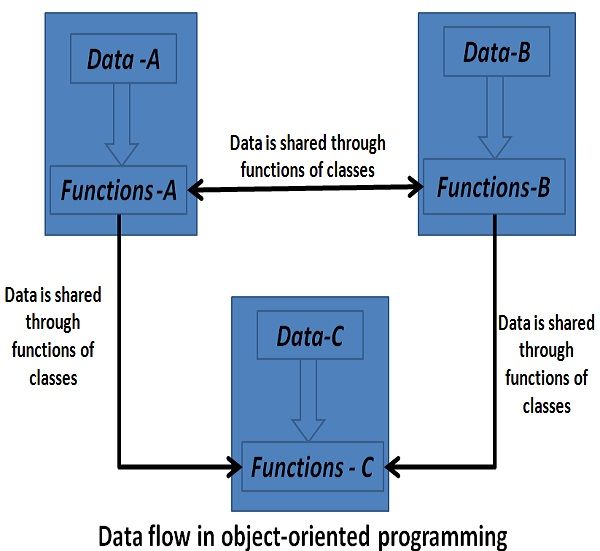 POP is a conventional way of programming. Procedural programming is where the primary focus is on getting the task done in sequential order. Flowchart organizes the flow of control of the program. If the program is extensive, it is structured in some small units called functions, which shares global data. Here, the concern of data security arises, as there is an unintentional change in the program by functions.

Key Differences Between OOP and POP

The flaws of POP arises the need for OOP. OOP corrects the flaws of POP by introducing the concept of “object” and “classes”. It enhances the data security and automatic initialization & clear-up of objects. OOP makes it possible to create multiple instances of the object without any interference.