Secure Socket Layer (SSL) and Transport Layer Security (TLS) are protocols designed to provide the security between the web server and web browser.

However, there are minor differences between SSL and TLS, SSL is the foremost approach to serve the purpose and also it is supported by all browsers whereas TLS is the follow-on internet standard with some enhanced security and privacy features.

Netscape Corporation developed SSL in 1994. Since then, SSL has become the worlds most popular Web security mechanism. All the crucial Web browsers support SSL. At present, SSL is available in three versions: 2,3 and 3.1. 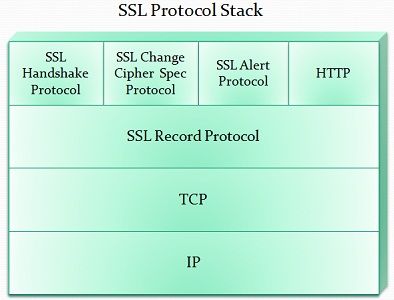 After this, the SSL layer data becomes the input for the transport layer. It adds its own header and passes it on to the internet layer and so on. This process happens exactly the way it happens in the case of normal TCP/IP data transfer. Finally, when the data arrives at the physical layer, it is transmitted in the voltage pulses form along the transmission medium.

At the receiver’s end, the procedure is quite similar to how it happens in the case of a normal TCP/IP connection until it reaches the new SSL layer. The SSL layer at the receiver’s end eliminate the SSL header (SH), decrypts the encrypted data and return the plain text back to the application layer of the receiving computer.

Transport Layer Security (TLS) is an IETF (Internet Engineering Task Force) standardization commencement, which aimed to come out with an Internet standard version of SSL. Netscape passed the protocol over the IETF because it wanted to standardize SSL.

There are major differences between the SSL and TLS. However, the main idea and implementation are quite similar.

Key Differences Between SSL and TLS

Both SSL and TLS are protocols which serve the same purpose, providing security and encryption to your connection between TCP and applications. SSL version 3.0 was designed first then TLS version 1.0 was designed, which is the predecessor or the latest version of SSL which consist of all the SSL features but have some enhanced security features too.