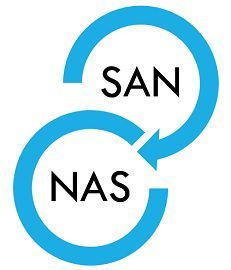 The SAN and NAS are the information storage techniques which are often mixed with one another because of alike acronyms. These can be differentiated by the fact that SAN (Storage Area Network) shares the storage to the dedicated network whereas NAS (Network Attached Storage) share the storage over a shared network. SAN uses block storage. Conversely, NAS uses the file system.

These storage techniques were devised to fulfil the purpose of storing, protecting and managing the magnificent amount of information at organisations.

SAN (Storage Area Network) transfer data between servers and storage devices with the help of fibre channel and switches. SAN allows the whole data to be merged at a single storage and shared over multiple servers. With this multiple organizations can connect geographically separated storage and servers. SAN is robust and secure communication technology.

Earlier SAN was implemented by combining hosts and storage that connect to the network through a hub and connecting device. The older configuration is known as Fibre channel arbitrated loop. It uses block storage where the data is stored in the volumes known as blocks.

The SAN was invented after the invention of DAS (Directly Attached Storage), where each host provided with a storage and it was not manageable, shareable and flexible enough. It runs on high-speed fibre channel where for the front end (SAN connectivity), fibre optics cable is used and for back-end (disk connectivity) copper cable is used and uses protocols such as FC and SCSI. 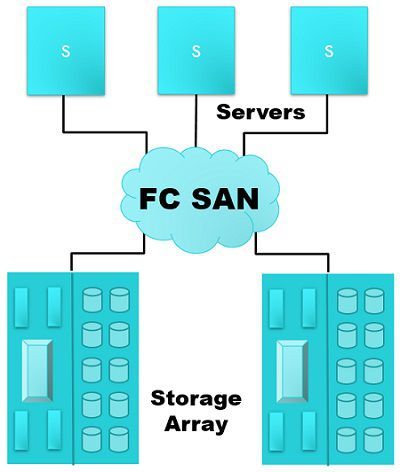 NAS (Network Attached Storage) is a file-level storage technology provides a file sharing facility with the help of the local area network. It involves a shared network instead of dedicated, unlike SAN. The major advantage of NAS is that it excludes the need of using multiple servers through server consolidation. Using file storage rather than block storage is better when the user wants it to be cost-effective or low cost.

File storage offers a highly accessible centralized location for files. A real-time operating system often stripped down is dedicatedly used for NAS by using standard protocols. The NAS units are configured and controlled over the network, using a browser. In NAS the data is travelled in file data stream.

The file access requires an extra layer for processing host and translation between file access and block access as it is constructed on a higher abstraction layer. The consequence of the NAS processing is that it requires additional overhead which affects the processing speed or extra data transfer. 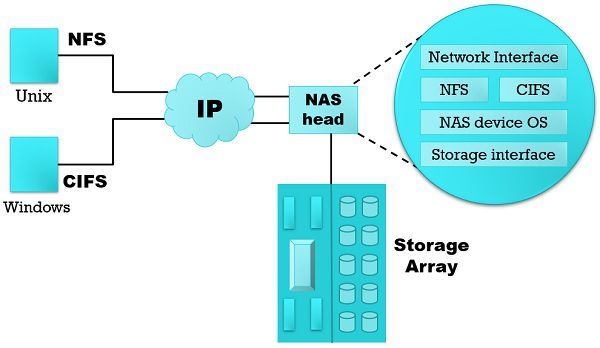 Key Differences Between SAN and NAS