The point-to-point is a kind of line configuration which describes the method to connect two communication devices in a link. The point-to-point connection is a unicast connection. There is a dedicated link between an individual pair of sender and receiver. The capacity of the entire channel is reserved only for the transmission of the packet between the sender and receiver. 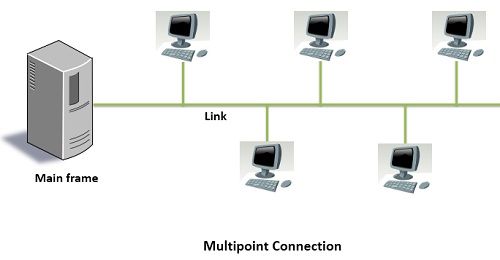 In the figure above, you can see that the five workstations share the common link between the main frame and the workstations. The multipoint networks are also called “Broadcast network”.

The point-to-point and multipoint both are the types of line configuration, that refers the technique to connect two or more communication devices.