The memory management in the operating system is an essential functionality, which allows the allocation of memory to the processes for execution and deallocates the memory when the process is no longer needed. In this article, we will discuss two memory management schemes paging and segmentation.

The basic difference between paging and segmentation is that, “page” is a fixed-sized block whereas, a “segment” is a variable-sized block. We will discuss some more differences between Paging and Segmentation with the help of comparison chart shown below.

When a process needs to be executed the process pages from logical memory space are loaded into the frames of physical memory address space. Now the address generated by CPU for accessing the frame is divided into two parts i.e. page number and page offset. 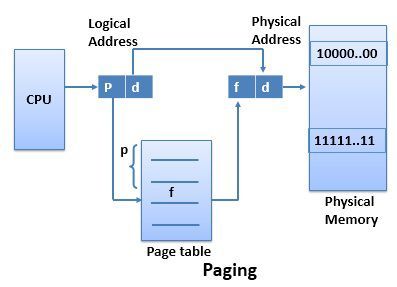 Like Paging, Segmentation is also a memory management scheme. It supports the user’s view of the memory. The process is divided into the variable size segments and loaded to the logical memory address space.

The logical address space is the collection of variable size segments. Each segment has its name and length. For the execution, the segments from logical memory space are loaded to the physical memory space. 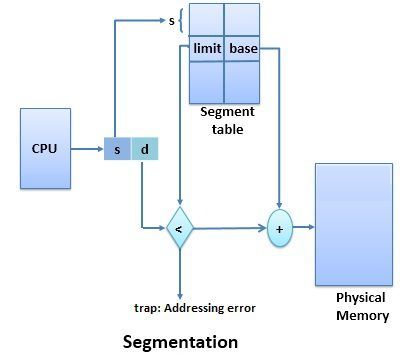 Key Differences Between Paging and Segmentation