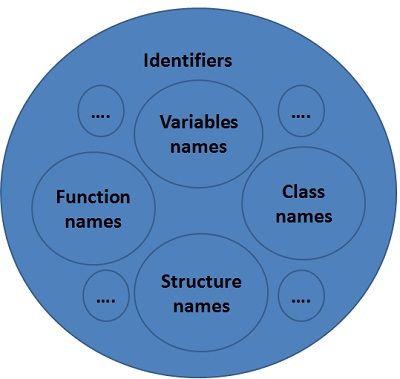 Furthermore, the name given to a variable, function, class, structure, that is in the source code of the program is an identifier. As against, a variable is a name associated with the memory cell whose value can be altered in a program. The number of characters can be more in the identifier as compared to a variable.

Let’s understand it with an example.

Here ‘float’ is a ‘keyword’, and ‘area’ is an ‘identifier’. The identifier ‘area’ is a name given to a ‘variable’ which will store a float value. Now if ‘area’ weren’t a variable, but a function, then

Here, ‘area’ is still an identifier, but this time, the identifier ‘area’ is a name given to a ‘function’. We have discussed the rules for naming an identifier in our previous article difference between keyword and identifier; you can go through it to understand it in a better way.

Variables can be ‘local’, ‘global’ or ‘reference’ .

If a variable is referenced to another variable, both the variables can be used alternately to represent that variable. If a variable accepts the value of an argument in a function, these variables are called ‘formal parameter’.

Rules for creating a Variable 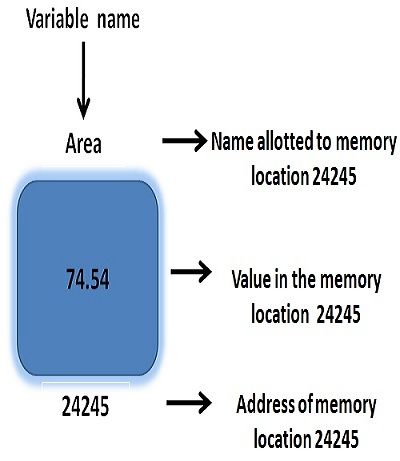 Declaration of a variable

A list of variables of the same type can be created at an instance, separated by a comma.

In C++ variables could be initialized at runtime; it is referred to as ‘dynamic initialization’.

This statement would initialize the variable ‘area’ at runtime.

Key Differences Between Identifier and Variable