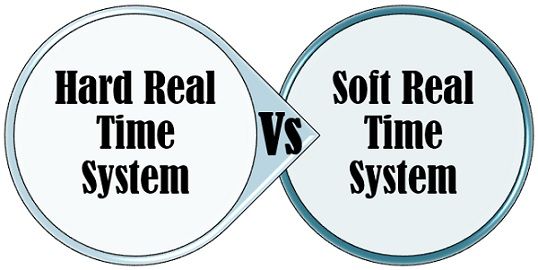 Real-time systems involve a set of applications where the operations are performed in a timely manner to govern the activities in an external system. Additionally, it uses the quantitative expression of time to analyse the system’s performance. The deadline in the context of a real-time system is the moment of the time by which the job’s execution is needed to be accomplished.

The Hard real-time system works within the extremely strict requirements, which assure to complete the critical real-time tasks within the deadline period otherwise the system could fail. It mainly involves the safety-critical systems such as flight control, anti-missile control, railway signalling systems where computation must be completed on time otherwise the result could be the catastrophe. The real-time systems use deadline scheduling methods which assists an application to accomplish the task within the deadline.

While completing the memory request the time required by the memory allocator to find the memory area is also increases as memory utilization increases. A hard real-time system should avoid the above-given situation. So, in order to avoid such situation, the hard real-time systems divide the resources and assign them perpetually to competing processes in the application. This technique minimizes the allocation overhead and ensures the independency of the resource utilization of any two different processes with each other.

The Soft real-time systems make best attempts to match the response demand of a real-time application, but it does not give assurance to meet it under all conditions. Generally, the response requirements are matched in a probabilistic manner. The soft real-time systems are implemented in the applications such as multimedia, reservation and banking systems where the system failure is not a critical issue. It can be understood by an example where the quality of the video may get occasionally deteriorated, delivered by video on demand system, but still, a user can watch it.