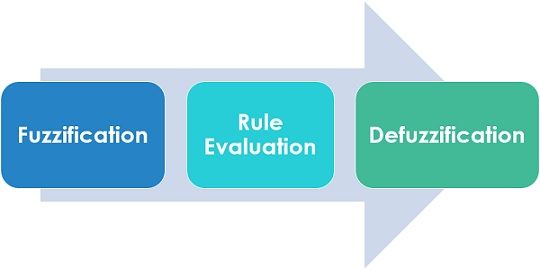 Fuzzification is the method of converting a crisp quantity into a fuzzy quantity. This is achieved by recognizing the various assumed crisp and deterministic quantities as completely nondeterministic and quite uncertain in nature. The uncertainty might have emerged due to vagueness and imprecision which lead the variables to be represented by a membership function as they could be fuzzy in nature. The process translates accurate crisp input values into linguistic variables represented by fuzzy sets. Then it applies membership functions to the measurements and determines the degree of membership.

Let’s understand this by a practical example of a voltmeter which produces a crisp data but these data can generate an experimental error. The below-given figure shows the associated member function for a probable range of errors for a typical voltage reading. 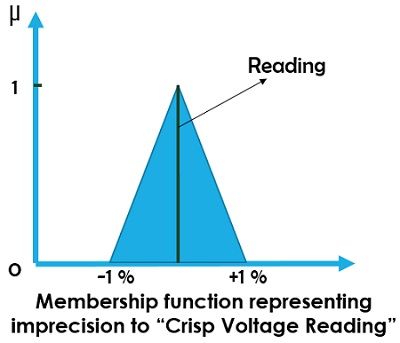 For example, when a news reporter says the temperature is 40° Celsius the viewer converts the crisp input value into a linguistic variable like favourable temperature for the human body, hot or cold and then decides what to wear. One the same hand, if someone is not able to fuzzify, then it is not possible to continue the decision process, or error decision may occur.

The process is able to generate a nonfuzzy control action that illustrates the possibility distribution of an inferred fuzzy control action. Defuzzification process can be considered as the rounding off process, where fuzzy set with a group of membership values on the unit interval may be decreased to a single scalar quantity. The reason behind this are the situations that occur when the outcome of the fuzzy process requires to be a single scalar quantity as restrained to a fuzzy set.