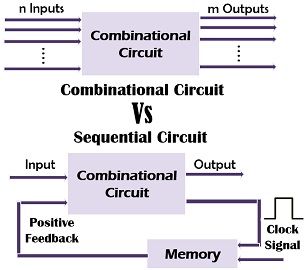 In these circuits, the output generated at that time would depend on the input of the particular time. There are three variations of the combinational logic circuits – arithmetic and logical functions, data transmission and code converters. The circuits included in the arithmetic and logic circuits are the adders, subtractors, comparators, PLDs, etcetera. Similarly, data transmission circuits are multiplexers, demultiplexers, encoders, decoders and so on. BCD and 7 segments are the code converter circuits.

The significant characteristics of the combinational circuit 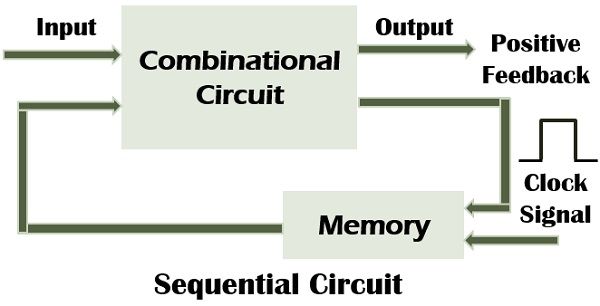 For example, it can remember which logic level 0 or 1 is connected to its input and employ the fact at the output also. This memory device can be made up of the simple OR gate.

There are various devices which implement sequential circuits such as latches, flip-flop, and registers. These inputs changes from one of the two states. The sequential circuits are categorised in two ways, synchronous and asynchronous circuits. The circuit is considered as synchronous when the internal state of the machine alters at the particular time driven by a clock.