Multitasking is when a single CPU performs several tasks (program, process, task, threads) at the same time. To perform multitasking, the CPU switches among theses tasks very frequently so that user can interact with each program simultaneously.

In a multitasking operating system, several users can share the system simultaneously. As we saw the CPU rapidly switches among the tasks, so a little time is needed to switch from one user to the next user. This puts an impression on a user that entire computer system is dedicated to him. 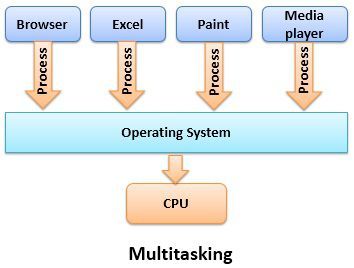 When several users are sharing a multitasking operating system, CPU scheduling and multiprogramming makes it possible for each user to have at least a small portion of Multitasking OS and let each user have at least one program in the memory for execution.

Before studying multithreading let us talk about what is a thread? A thread is a basic execution unit which has its own program counter, set of the register, stack but it shares the code, data, and file of the process to which it belongs. A process can have multiple threads simultaneously, and the CPU switches among these threads so frequently making an impression on the user that all threads are running simultaneously and this is called multithreading. 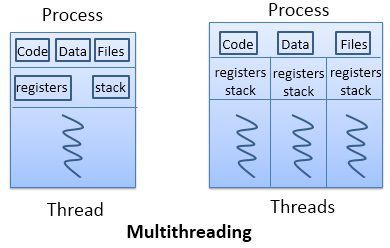 Multithreading increases the responsiveness of system as, if one thread of the application is not responding, the other would respond in that sense the user would not have to sit idle. Multithreading allows resource sharing as threads belonging to the same process can share code and data of the process, and it allows a process to have multiple threads at the same time active in same address space. 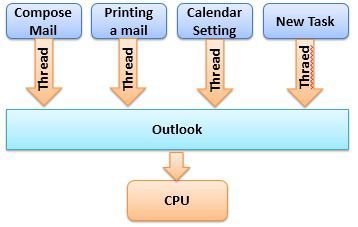 Key Differences Between Multitasking and Multithreading in OS