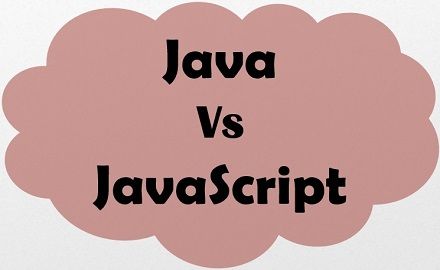 Java is a general-purpose object-oriented programming language designed with the intention of producing a code where the same code could be used anywhere. James Gosling of Sun Microsystems guided the development of Java in late 1990’s. This programming language is class-based, object-oriented and human readable. Java is compiled as well as interpreted. Java compiler transforms the source code into bytecode then java interpreter produces machine code which is straightly executed by the machine in which java program is running. It is reliable, distributed, portable. It could be used for developing stand-alone applications or web-based applications.

JavaScript is primarily a client-side scripting language designed for providing behaviour and interactivity to the web applications. It was devised in 1995 at Netscape by Brendan Eich, and it was initially known as “Mocha” then “live script“. After that, the name “live script” is converted into “JavaScript” because of the license agreement between Netscape (Now Mozilla’s) and Sun Microsystems (Now oracle’s). The language was submitted to ECMA (European Computer Manufacturers Association) by Netscape for standardization purpose.

For some trademark cause, the standardized version is named as “ECMA Script“. However, it became popular as “JavaScript” because of the marketing ploy to gain the interest and excitement. Although, there is nothing similar between them. The browser is used to run the JavaScript code, and different versions were interoperable with the browser implementations.

Not only browsers are used as platforms some databases like Mongo DB, Couch DB, employ JavaScript as the scripting and query language. It involves a small and simple set of commands relative to java which is interpreted by the browser. The webpage events can be rapidly built by the JavaScript. Although, it cannot develop desktop applications the way other languages such as Java or C++ can develop because it was designed to manipulate web pages.

Key Differences Between Java and JavaScript

Both Java and JavaScript are different languages except the syntactic resemblance and are essentially designed for the distinct purposes. Java is a general-purpose language which can be used in developing desktop or mobile or web-based applications. On the other hand, JavaScript is a client-side scripting language especially used for designing behaviour and interactivity for the web-based application. Java is more complicated, rigid than JavaScript. Although, both languages can create excellent web page events and can provide interaction between user and web page.