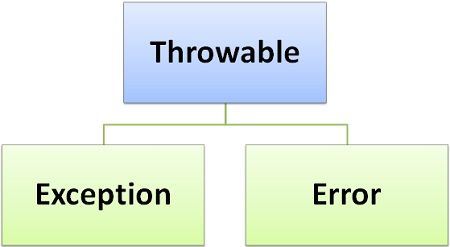 Errors are always of unchecked type, as compiler do not have any knowledge about its occurrence. Errors always occur in the run-time environment. The error can be explained with the help of an example, the program has an error of stack overflow, out of memory error, or a system crash error, this kind of error are due to the system.

The code is not responsible for such errors. The consequence of the occurrence of the error is that the program gets terminated abnormally.

Key Differences Between Error and Exception