Another considerable difference between the two is that bubble sort is stable algorithm while selection sort is an unstable algorithm. An algorithm is considered to be steady the elements with the same key occurring in the same order as they were occurring before sorting in the list or array. Generally, most stable and fast algorithms use additional memory.

Bubble sort is the simplest iterative algorithm operates by comparing each item or element with the item next to it and swapping them if needed. In simple words, it compares the first and second element of the list and swaps it unless they are out of specific order. Similarly, Second and third element are compared and swapped, and this comparing and swapping go on to the end of the list. 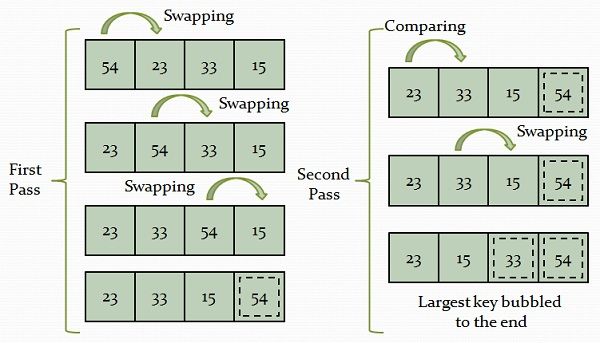 This algorithm is the slowest sorting algorithm. The best case complexity (When the list is in order) of the Bubble sort is of order n (O(n)), and worst case complexity is O(n2). In the best case, it is of order n because it just compares the elements and doesn’t swap them. This technique also requires additional space to store the temporary variable.

Selection sort has achieved slightly better performance and is efficient than bubble sort algorithm. Suppose we want to arrange an array in ascending order then it functions by finding the largest element and exchanging it with the last element, and repeat the following process on the sub-arrays till the whole list is sorted. 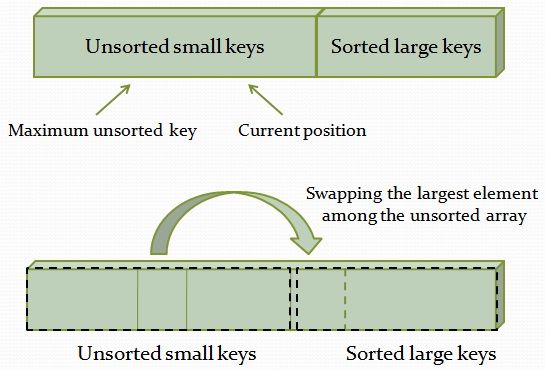 In selection sort, the sorted and unsorted array doesn’t make any difference and consumes an order of n2 (O(n2)) in both best and worst case complexity. Selection sort is faster than Bubble sort. 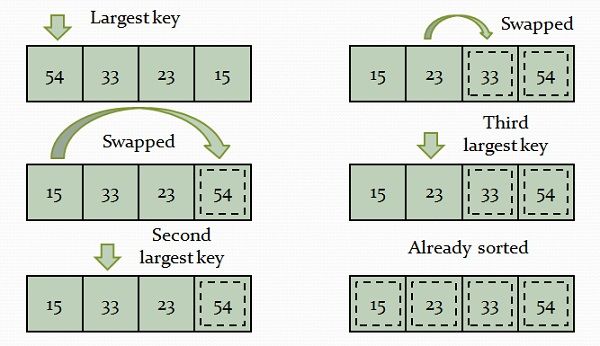