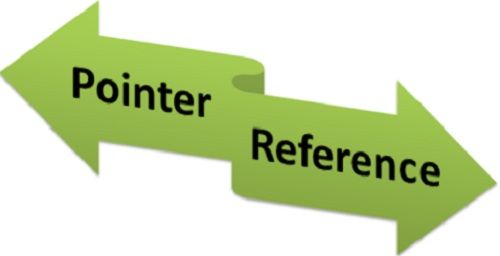 The “pointer” and “reference” both are used to point or refer an another variable. But, the basic difference among both of them is that a pointer variable points to a variable whose memory location is stored in it. The reference variable is an alias for a variable which is assigned to it.

The comparison chart below explores the other differences between a pointer and a reference.

Let us understand pointer with the help of an example.

Here, we have an integer variable a and, a pointer variable ptr which stores the address of variable a.

Let’s study it with an example.

As we know that a function is not a variable, still it has a memory location, that can be assigned to a pointer variable. Once a pointer points to a function, then the function can be called with that function pointer.

The important points to remember about the pointer.

Let us understand the reference variable with the help of an example.

The reference variable can be used in three ways:

Key Differences Between Pointer and Reference

Note
Java does not support pointers.

The pointer and reference both are used to point or refer another variable. But both differ in their usage and implementation.