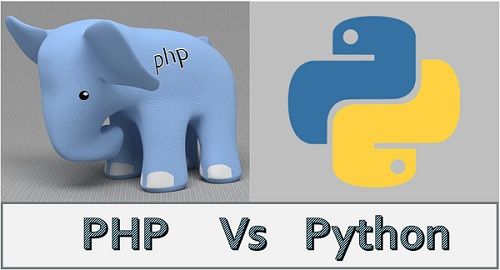 PHP development was initiated in 1994 by Rasmus Lerdorf. Earlier the acronym used for PHP was Personal Home Page which was replaced with Hypertext Preprocessor later. Its documentation is available online free of cost, as it is released in terms of an open source license. In the starting, the PHP doesn’t support object-oriented programming which was added in later versions.

Most of the prevalent content management systems use PHP such as Media wiki, Drupal, Joomla, WordPress and so on which permit site creation without much programming skills. The main benefit of PHP is that it is available on each shared hosting provider. PHP is considered as most entrenched runtime environment on the server at present. It could provide better search engine rating and accessibility on hosting providers.

The embedded code technique was devised by PHP so that the code is embedded directly into a content document. This code embedding technique was very effective for static and small web pages. Later the embedded code was replaced by template files as the web developed and applications got more and more complicated.

The implicit type conversion is used in PHP hence it is a weak type system. For example, an integer and a string are comparable in a boolean expression; this could create confusion and uncertainty. There is another disadvantage of using integrated MYSQL database statements directly in the code because the database systems are tightly coupled to PHP by certain functions.

Previously Object-oriented paradigms were not implemented in PHP, and it is easy to learn for novice coders. Its syntax is close to languages such as C and Java. PHP is very robust language that provide a strong user base and its distribution.

PHP seems familiar language as it is originated from C based syntax. The later version of PHP supports object-oriented programming where code and modules comprised of functions are encapsulated into an object.

The extensions are commonly used in PHP that cache compiled bytecode to prevent compiling of the source code on every single request.

The development of Python language is initiated in 1991, by Guido van Rossum. It was devised as a fully features general purpose language unlike PHP it is not promisingly used as a web scripting language. The language has a defacto standard which was implemented by the python foundation.

Python also does have an open source background similar to PHP. Although it offers a collaborated web framework which enhances its flexibility but it needs more programming efforts, Zope application server is mostly used python web framework. The benefit of python is on the discussion media ratings.

The Python language doesn’t emphasize on the web application development. There used a different method for web frameworks such as CGI, WSGI (Web Server Gateway Interface) which can be helpful to change the environment and gateway of the web application without affecting the source code, which makes it portable. However, it is quite complex to use the WSGI for the novice programmers.

Dissimilar to PHP, the Python language was designed with the employed object-oriented paradigm, in spite of this, it also supports procedural and functional programming. The syntax of python is simple and easy to learn. It has a strong type system and uses explicit techniques.

Python is more readable than PHP as its commands resemble the words used in natural English language. It is aspect-oriented where the modules separate the functionality.

Key Differences Between PHP and Python

The PHP and Python languages are used for different purposes, PHP is mostly used in web development whereas Python is a full-stack programming language utilized in engineering and science and graphics. Both languages have their respective advantages and disadvantages according to usage. However, Python is flexible while PHP is restricted in some way.